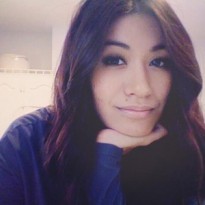 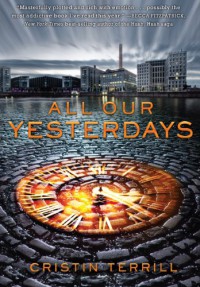 I can't rave enough about this book. I described it to my husband and he gave me a dubious, "Sounds like Back To The Future." And when I stop to think about it, yeah it actually kind of does. But it's completely different, and not at all funny. In fact, it's quite a tearjerker.

It isn't perfect. Some bits had me scratching my head and a few scenarios seemed patently ridiculous. I can't think of one time travel book where readers haven't clawed an author's logic to bits, so rest assured that dead horse won't be beaten by me.

I'm a little disappointed that this is the first of a series. I actually like not knowing where a character's future leads at the end of their journey, but I understand the need to milk a successful thing. And we all just know this one's gonna be a movie. It's written so clearly and cinematically. Every scene is easily imaginable and the love that Em feels for her past self is the most beautiful thing I've read all year.

And her last self isn't of the YA special snowflake variety. You know the type: quiet and beautiful and admired by every male who sees her, but thinks she's not worth having. Em knows that her younger self was shallow, childish, and blinded in her love for James. She was just an average girl, but entirely worthy of love despite not being such a special snowflake.
Tweet
1428 BOOKS